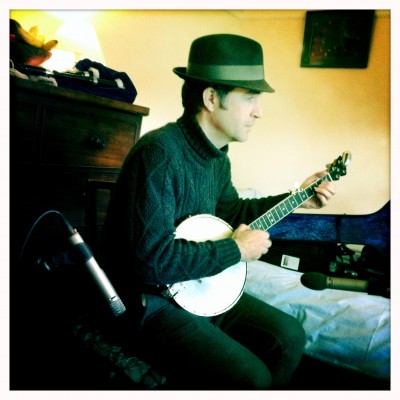 Chris was born in Nashville Tennessee and grew up surrounded by music. Chris,  his mum, dad and brother all played music together as a family, and musicians traveling through would often drop into the house to play the night away.

Chris went on to play piano and keyboards for rock bands in his 20’s and 30’s signed to various record companies, touring Britain and America before returning to bring up a family and get back to traditional musical roots.  Chris learnt the old tunes from his dad Barry Murphy and Dan Stewart ( an already well seasoned and excellent Banjo player in the UK )

Chris also heads up the vocals in the band and has a love for traditional Cajun music playing the Accordion in his Cajun  dance band , The Hotfoot Specials