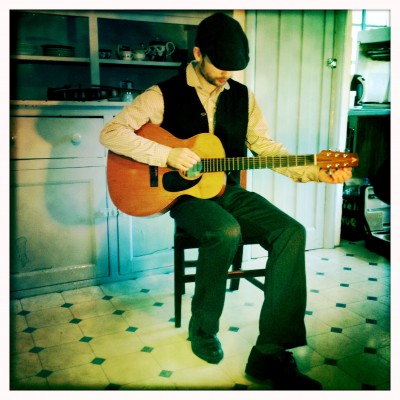 Dan Stewart is a fine Banjo and Guitar player born and bred in Sussex England. His interest in Old Time Banjo began when he met and later learnt from Barry Murphy.

Now Dan plays in a number of bands playing old time but it doesn’t stop there. Dan also plays guitar in the Hotfoot Specials Cajun band.

Dan is also seen playing the Fiddle, Irish Penny Whistle, and even known to pipe in the odd haggis or two with his Bagpipes. Whatever next you might say. Ok well he plays Mandolin and Irish Bouzouki and Appalachian Dulcimer. . . I’m going to stop there before I annoy you and give up playing myself.  His website is here where he also offers tutoring to the people of Sussex and beyond.